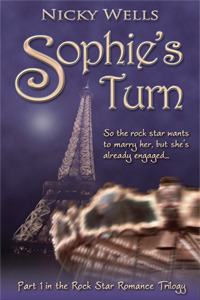 Goodreads Synopsis
Slapper. Slut. Adulteress. These are hardly words that Sophie Penhalligan would normally use to describe herself. Yet this is exactly how she is behaving, all things considered, even if she isn’t quite married to Tim yet. And it’s all happening because her past is coming to tempt her! Nine years ago, she met her teenage idol and rock star extraordinaire, Dan, up close and personal. Well, almost. Now Dan has crash-landed back in her life.Sophie is happily embroiled in a relationship with Tim, her boyfriend of two years. Until recently, she was confident Tim would eventually propose—probably as soon as he could get his act together. But just as Tim’s persistent inaction is beginning to cast a cloud over their relationship, Dan’s sudden reappearance turns Sophie’s world upside down.One fine day in Paris, Sophie suddenly finds herself engaged to Dan while her erstwhile fiancé Tim is…well, doing whatever it is Tim does back in London. What is she to do now? Who wouldn’t give anything to meet their favorite star, let alone marry him?Find out how Sophie gets into this impossible situation, and how she turns it around, in Sophie’s Turn, the honest, funny and sometimes bittersweet story of one woman’s entanglement with a rock star.


Hey Nicky!  Thanks so much for doing an interview!!!
We can start with the more serious then move to the fun shortly.
What inspired you to start writing?
Oh, Tobi, where to start? I’ve been writing ‘stuff’ for as long as I can remember. To begin with, I wrote stories when I couldn’t get to sleep when I was very young, maybe seven or eight? I could just barely write then, but was full of ideas. I used to sit on the window sill with a little pad and a green biro and scribble away after lights out. I suppose that’s how it all started!
Writing in earnest started when I gave up my job, prepared for arrival of baby number one, and decided to write that book that I’d always said I would write. The idea was born, and I got completely carried away with my little project. The end result, a few years later, is what you have on your Kindle today: Sophie’s Turn.

Who are the authors who inspired you?
There are so many, where to start? I think my original love for the written word came from reading children’s authors like Astrid Lindgren and Enid Blyton. I was completely insatiable and ransacked the local library for new books every week!
In terms of romance, the authors who capture my imagination are folks like Catherine Alliott (first chick lit novel I ever read, love it to bits to this day), Jane Green and Jill Mansell. In terms of writing, I actually get inspired by crime writers like Jeffrey Deaver and Lee Child; I find myself trying to emulate their pace and rhythm to get that page-turner result!
What led you to the idea of the Sophie’s Turn?
My husband, LOL. Yup, I blame him. You have to know that I have a serious soft spot for all things male with long hair and deep voices. No idea why, but there it is. My OH is quite tolerant of this foible. One night, while I was pregnant and off work and all that, we were watching TV and some long-haired gravelly-voiced celebrity appeared. I can’t remember who it was now, but it doesn’t matter. What matters is that I made highly appreciative noises, and my husband laughed and said it was a good job I was already married to him. It got me thinking: what if? And the idea was born. I started planning the very next day.

ON TO THE FUN! <3
If your passport could have 3 stamps what would they be?
Canada. New Zealand. Iceland.
If your books were to become movies who would star?
OOOOH great question! Here goes:
Meet:  The Dream Cast for Sophie’s Turn
Featuring…

Dan the Rock Star…. Played by Ewan McGregor!
Sophie… Played by Keira Knightley!
Rachel … Played by Emma Watson!
Tim… Played by Jude Law!
I can totally see them in these roles!  Awesome!

What office supply can’t you resist buying even though you have plenty?
Post it notes. I’m forever picking them up even though I’ve got stacks. They’re in little piles in almost every room in the house. I use them to write down things I must do, things I must not forget, and ideas for books. I also use them extensively for plotting and planning, so I couldn’t live without and live in terminal fear of running out. I’ve probably got a lifetime’s supply stashed here now, but still I buy more.
Post it’s are my weakness too!
What’s your fave?
Cleaning tip?
Microfibre cloths. Seriously, they’re magic. No more streaky windows or greasy ovens, just use water and one microfiber cloth to scrub, another to wipe dry. Don’t forget to run them through the washer occasionally, and your life will be transformed. Cleaning windows and mirrors is no longer a chore, but something that can be easily accomplished while chatting to your best friend on the telephone. (Not that I’d do such a thing, but you know what I mean!)
Place for Vacay?
Cornwall, without the shadow of a doubt. Not very adventurous of me, I know, but it is heart-breakingly beautiful down there.
Food?
Hahaha, you’ve got to ask Sophie, she’s got the inside scoop here. She’s a little me-clone! Pizza, and any kind of shellfish (you know, prawns, scallops, lobsters, I’m not fussy but I appear to have expensive tastes!).
Beverage?
Cranberry and fizzy water, mixed one part on five. I got addicted to this no-alcohol ‘cocktail’ when I was pregnant and I haven’t been able to shed the addiction. For extra refreshment, add a dash of lemon juice. Divine.
Thing to do in amusement park?
Roller coaster! And eating cotton candy….
Coffee or tea?
Tea. Earl Grey, if possible. With lemon first thing in the morning (and two sugars); but with milk (and two sugars) any other time of the day.

First Thoughts After…..
Fun read and ready for the next in February……Killing me!!!!  And yes I’ve informed Nicky of the fact that I AM dying here…..
My Synopsis
Sophie is content in her life.  She’s been dating Tim for 2 years and she has a decent job!  There is nothing more a girl could want right?  Nothing except a Rock Star Sophie's been in love with since she was in her teens and almost had a thing with…….
Sophie ends up on tour with Tuscq covering their comeback tour by the band’s request……
Will Sophie be content to go back to her day to day life or will she want to continue the jet set life?
How Distracted Did I Get?
Sophie’s Turn is a fun book that has you guessing from one moment to the next.  I totally DID NOT want to put it down at all!  Sophie is a sweet down to earth girl that most ladies out there can relate to.  I loved the ups and downs and the moments when I was pulling out my hair! I totally avoided dishes and cooking for a day!   I give Sophie’s Turn………. 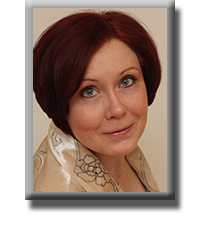 Rock On! Nicky Wells writes fun and glamorous contemporary romance featuring a rock star and the girl next door. Nicky loves rock music, dancing, and eating lobsters. When she’s not writing, Nicky is a wife, mother, and occasional teaching assistant.

Originally born in Germany, Nicky moved to the United Kingdom in 1993, and currently lives in Lincoln with her husband and their two boys. In a previous professional life, Nicky worked as a researcher and project manager for an international Human Resources research firm based in London and Washington, D.C.
Nicky is a featured author on the innovative reader/author project,loveahappyending.com and has also joined the Romantic Novelists’ Association.

a Rafflecopter giveaway
Posted by Forget the Housework, I'm Reading... at 12:30 AM