Happy Book Birthday Miranda Kavi!
Today her 2nd book is released and her first book is on sale!
I grabbed my copy yesterday of Flee grabbing Crux soon!
Both books are $.99 til the end of February! 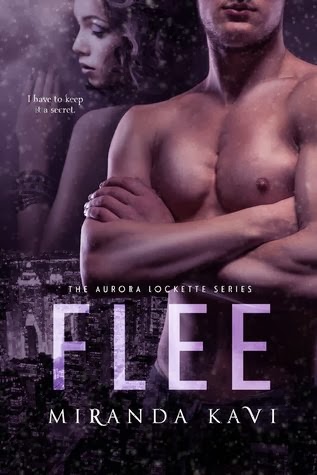 Kindle
Nook
New Adult Paranormal Romance
I can fly. I have to keep it a secret. Everything was fine, until I met him. I can't stay away...Aurora Lockette has a supernatural ability she hides from the world. Gavyn Dhaval is a newly famous actor that shies away from the spotlight. When Aurora and Gavyn literally collide in a fender bender on her first day of law school, they are irresistibly drawn to each other.
When Aurora's secret is revealed, she has no choice but to abandon Gavyn to go into hiding to escape the media frenzy. A secret society of gifted humans contacts her to warn of dark forces that seek to destroy her and everyone she loves. Aurora must try to understand who and what she is while she fights to protect herself and her loved ones from a hidden, sinister force. 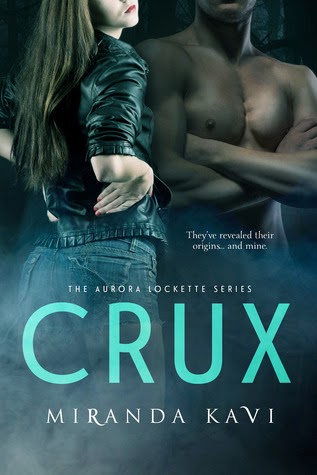 Kindle
Nook
New Adult Paranormal Romance
I’ve been captured by the Shyama. They’ve revealed their origins… and mine. I will escape, I will live, and I will see Gavyn again. After the Shyama brazenly kidnap Aurora in a crowded Las Vegas Casino, others in the Organization soon go missing. Her friends, family, and Gavyn sink into despair as hours pass into days with no leads, but Gavyn refuses to give up the search. During Aurora’s captivity, she learns the terrible truth of the identity of the Shyama and her own kind. Worse yet, the Shyama have horrible plans that will destroy everyone she loves. Aurora needs an army to stop them. But first, she has to escape…