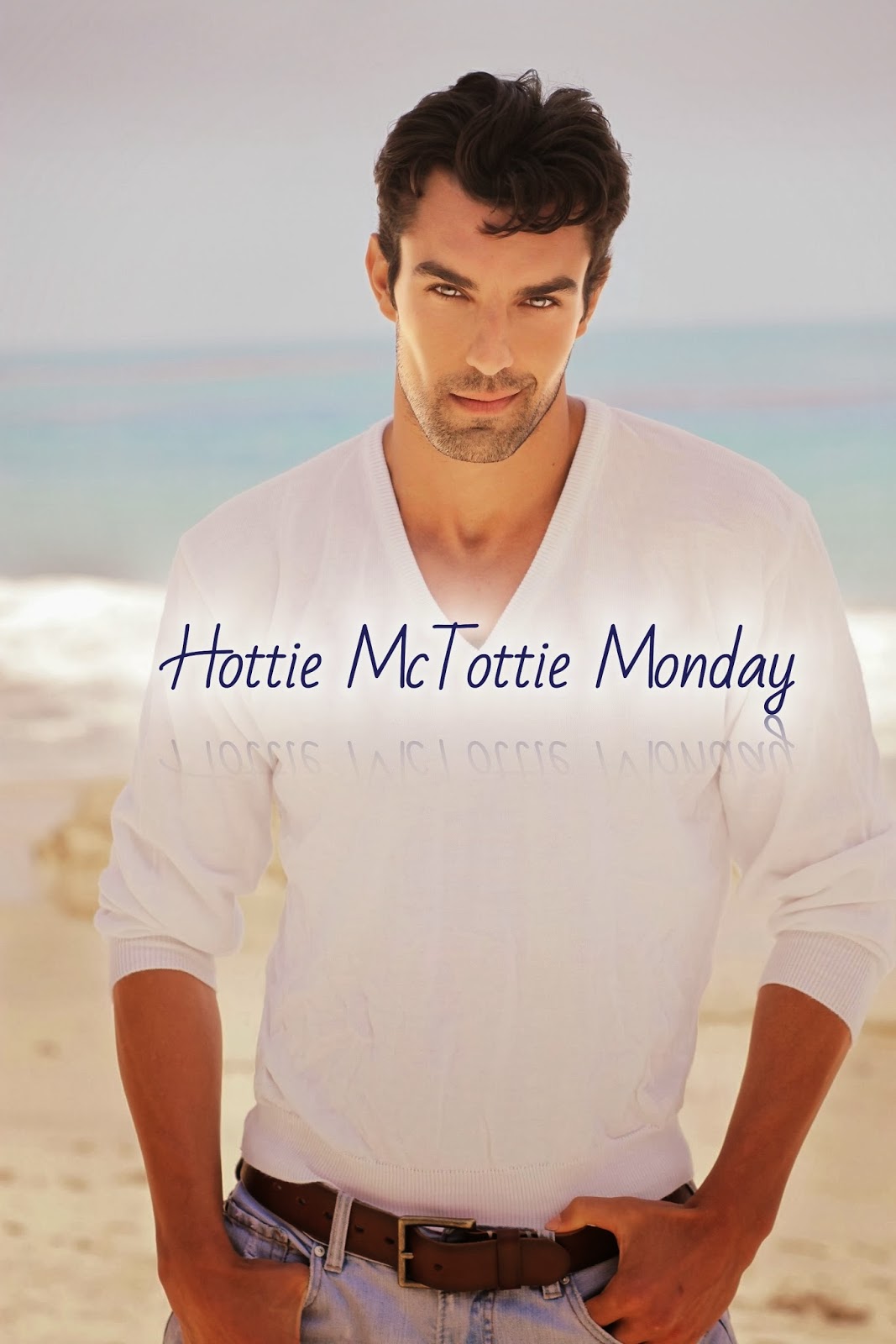 Happy Hottie McTottie Monday!
Today is a return Hottie Duncan from XIII Hour Series!
Check him out!
And after that you can check out the books! ;) 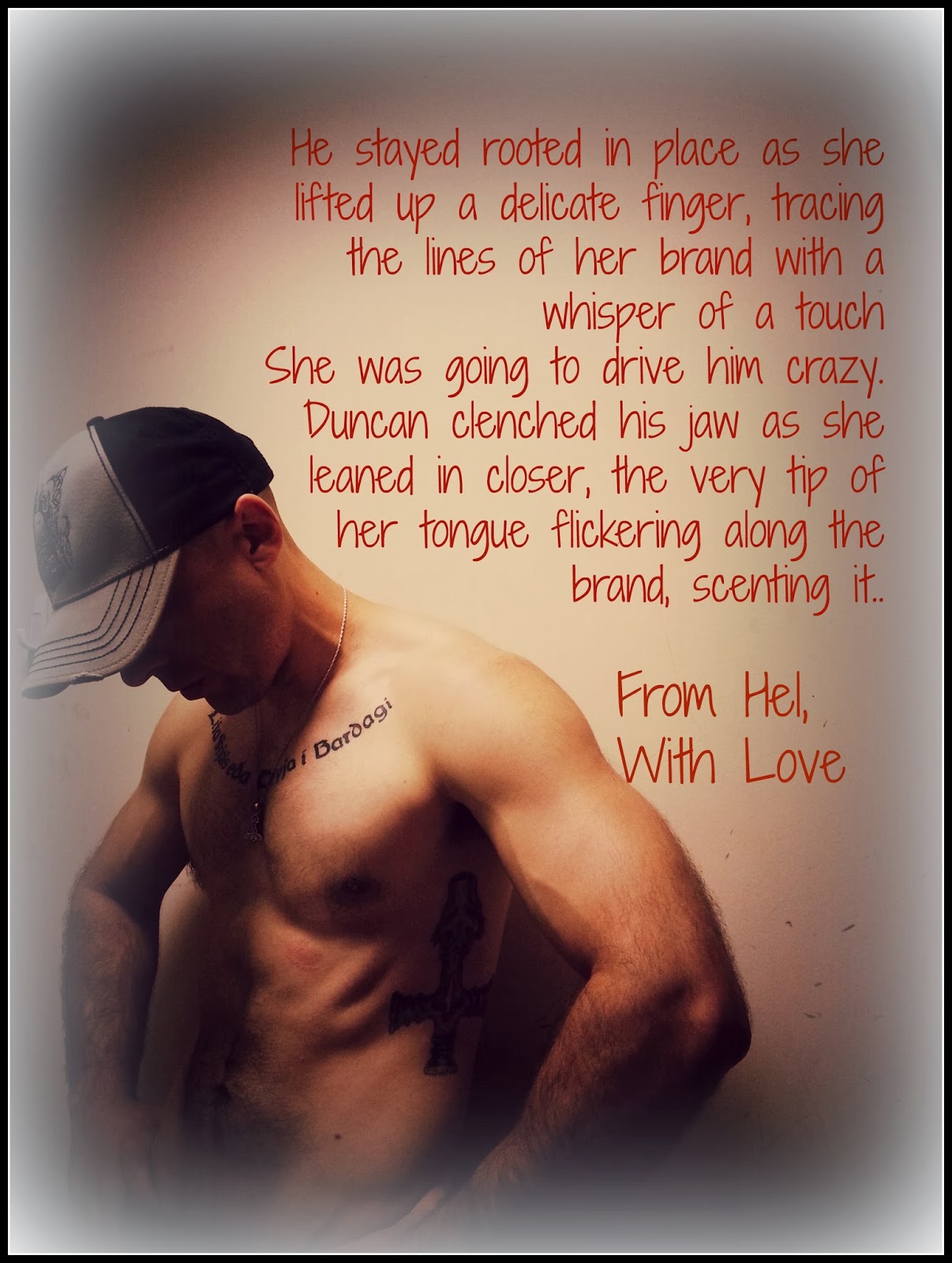 “You’re kidding me right?” Duncan grunted as he opened the e-mail that was just sent to him. Brow quirked as steely blues glanced over the questionnaire.

Why was he doing this again?

Oh yeah, he actually liked Tobi. He might be rethinking that in the near future if she kept this up.

Pushing away from the desk, he ventured to the kitchen to perk him a cup of Nectar O’ The Gods, yup… good old fashioned cup of joe that would grow hair under your fingernails. He was going to need some sort of stimulant to answer the questions she sent to him. Maybe he ought to call up Essy and let her have fun with the questions.

Nah, he said he’d do it, so it was time to suck it up and be like Nike and just do it.

Making his way back to the desk, he sat down and got comfortable. This was going to be painful.

Brows shot up at the first question, a gruff chuckle to follow. “Are you serious? Really? What the hell is a BFF?”

“Uhhhh best friend forever, dorkface.” Think of the devil and she shall appear. Essy flitted over to his shoulder, and found a perfect perch, feet dangling down as she munched on a small bit of lemonade flavored hard-tack candy that Duncan had made her. “Hows you gonna answer that? You’re totally going to put me right?”

He sighed dramatically, tilting his head to try and look at the Spyder Fae. “I don’t have friends.” Rolling his eyes, he focused back to the questions, answering about the BFF.

Q: ‘Who would be your first person to fill the spot?’

Duncan read the next question out loud.

“Me, duh. That’s a dumb question. Next!” Essy snorted, blowing some of the powdered sugar from the candy onto his shoulder.

A: ‘Why? Are you applying for that position? Oh, Essy says she is.”

Q: ‘About Raven, will she kick my booty for interviewing you this time?’

Both Essy and Duncan burst out laughing at the next question. Yes, Raven was very possessive, but Duncan was still a free man and he was allowed to interact with others.

A:  Essy says “Nuhuh, but she may turn you into a newt!”
Duncan says “Raven will get over it.”

Duncan reached up and rubbed the healed mark just under his ear, behind his jaw. Muttering, he leaned back and took a drink of the coffee.

“Does she know our secret?” Essy chirped in his ear, flying off his shoulder to his desk. Sitting cross legged next to a tiny thimble of candy that he always had out for the gnat.

“No one knows our secret and we will keep it that way.” He looked pointedly at the faery, though she wasn’t paying attention, trying a rootbeer flavored candy this time.

A: ‘It’s healed and I really don’t like talking about it.”

Ok, lets do some fast and fun.

“And what was the point of doing this?”

“Are you really that dumb? It’s so people can get to know you better. Geesh.” Essy huffed, more sugar flew.

He was going to kill her one of these days. She was a thorn in his side and it was something a fly swatter could fix. Attaching the document to a return email, he hit send and turned off the computer, turning his attention to Essy. “Come on, twerp. We got shit to do.” 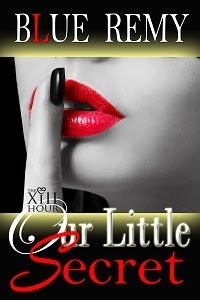 Duncan O’Brien is a man of mystery. Many questions were raised when it was revealed he saw a fallen Valkyrie when she had not revealed herself. Was he blessed by the Faery? Was he marked by Hel? How was it possible?Our Little Secret immerses you into Duncan’s world a few days after his return from California, marked by Raven Aquilus and finding himself a part of a family he never expected to accept. A woman from his past appears back into his life, begging him for help, which only he can provide. Problem is, a little spy catches the two bartering for his employment. Not only does he have to deal with memories he wants to squash, now he has to handle the world’s most annoying Faery from flitting to Raven with a secret.The Murder Chronicle short is a bridge between From Hel, With Love to the upcoming release To Hel and Back – exactly where will it take you and what will you discover about the RIPA agent and his pesky accomplice?

Don't miss the first book in The XIII Hour Series