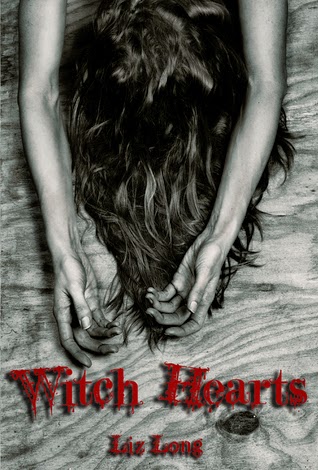 Kindle
New Adult Paranormal Romance/Horror
How does a witch stay safe if a killer can get through her protection spells?Witches like Ruby and Courtney can take care of themselves. So when Courtney is murdered, Ruby’s world crashes to a halt. The only thing keeping her grounded is the return of Courtney’s brother, Cooper. He seeks revenge, but Ruby wants to help other witches stay alive. To do that, she’ll have to reunite with her old coven’s High Priest, who also happens to be her cheating ex-boyfriend.If that wasn’t awkward enough, when the killer gets too close, Cooper temporarily moves into Ruby’s place while a police officer tails her every move. Cooper’s presence distracts Ruby as they fight their desire against their need to stay safe. Then Courtney begins to haunt Ruby’s dreams and secrets are spilled, things from Cooper’s past that could get them both killed. The killer continues to stalk Ruby and the more she discovers, the more she fears she won’t be able to keep her heart in her chest.

First thoughts after…
Oh my goodness can we say book hangover??

How distracted did I get?
Witch Hearts is a fascinating Horror/Paranormal Romance that I would recommend to anyone who enjoys these genres!  From the beginning Ruby had me in her grasp and didn't let me go til the end.  I enjoyed Ruby's character she's fun, sarcastic, strong and definitely a friend I'd like to have in real life.  Cooper, oh Cooper…new book boyfriend?  Oh yeah!  He's the male lead I LOVE. Sweet, hunky, a little dark, and a big ol' teddy bear!  Be ready to fly through this story when you sit down.  It took me two days but only because I ran my Kindle battery ALLLLL the way down to where it shut down on me!
I give Witch Hearts….