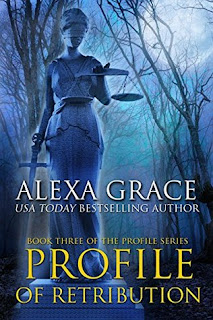 The Dream
Bradley and Tisha Lucas had a mini-mansion in the country, a thriving architectural business, and two handsome, intelligent and athletic teenage sons.  They were living the dream, until the day their world imploded and they were thrust into a parent’s worst nightmare.

The Nightmare
Before they had a chance to grieve the untimely deaths of their seventeen-year-old twin boys, they learned the horrific truth. Like a headline ripped from the tabloids, their sons had systematically abducted, tortured, and murdered seven innocent young women.


The Retribution
For their parents, the nightmare didn’t stop after Evan and Devan Lucas snuffed out the lives of seven victims for fun.  It was just beginning.  At a support group, the families of the women murdered by the Lucas twins gather to tell their stories, share their anger and grief, as they move toward a new normal.

For one member of the group, an obsession for payback drove his days and nights.  He pledged to make Bradley and Tisha Lucas pay for the crimes of their sons.  It was a pledge he was determined to keep.  He’d make them suffer, just as their sons’ victims had.  Those who spawn monsters shall be judged, shall be condemned. Retribution would be his.

Racing Against the Clock
It wasn't that Sgt. Cameron Chase didn’t have a suspect, he had too many of them.
There were seven families who might want to harm the Lucas couple.  But which of them wanted the ultimate in retribution — to see them dead?

Don’t miss this fast-paced, edge-of-your-seat crime fiction thriller.  Profile of
Retribution will have your attention in its grips from page one until the end.

ORDER YOUR COPY NOW AT 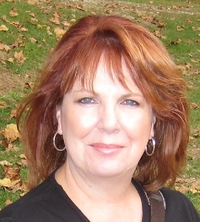 USA Today Bestselling Author, Alexa Grace began her writing journey in March 2011 when the Sr. Director of Training & Development position she'd held for thirteen years was eliminated. A door closed but another one opened. She finally had the time to pursue her childhood dream of writing books. Her focus is now on writing riveting romantic suspense novels including her popular Deadly Series (DEADLY OFFERINGS, DEADLY RELATIONS DEADLY RELATIONS, and DEADLY HOLIDAY. Readers are describing her new Profile Series (PROFILE OF EVIL and PROFILE OF TERROR) as "edge of your seat reading from page one to the end". PROFILE OF RETRIBUTION, the third book of the Profile Series, is now available for pre-order on Amazon:http://amzn.com/B00XM1A2U2 PROFILE OF FEAR will be released(winter) 2015. Alexa's books are in ebook and print formats. Alexa currently lives in Florida with her daughter and four Miniature Schnauzers, three of which are rescues. As a writer, she is fueled by Starbucks lattes, chocolate and communications with her street team and readers.You can visit her website at - http://www.authoralexagrace.comSubscribe to her newsletter at - http://eepurl.com/sJ-DfFriend her on Facebook - https://www.facebook.com/AuthorAlexaG...Tweet her - @AlexaGrace2
Posted by Forget the Housework, I'm Reading... at 3:00 AM