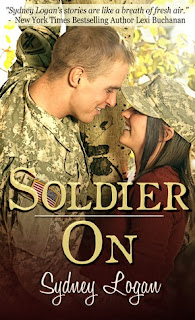 Kindle
Nook
Romance/Sweet Romance
Will his call of duty break both their hearts?

Losing her father in Desert Storm has left Stephanie James with a bitter soul when it comes to the military. As a college senior juggling a full course load, Steph's only goal is to graduate with honors at the end of the semester. She’s focused, determined, and a firm believer in all work and no play. Then she meets Brandon Walker at a New Year’s Eve costume party. Despite his disguise, Steph finds herself attracted to the camouflaged soldier who curls her toes with a scorching midnight kiss.
Brandon is an engineering major and ROTC student from the hills of Kentucky. Growing up as the son of a major general has given Brandon firsthand knowledge of the struggles military families sometimes face. Now that his father’s memory is fading, Brandon is even more determined to make his dad proud and graduate as an officer in the United States Army. Then he meets Stephanie, and suddenly, his focus is less on his military service and more on the pretty brunette who has stolen his heart. When he becomes aware of Steph’s resentment toward the military, he worries their relationship is doomed.

Steph unexpectedly finds herself in need of a roommate. Brandon volunteers, thinking it’s the perfect opportunity to show her the real Brandon, before he’s forced to admit the truth about his four-year obligation to the army. Afraid that living together will be a distraction to graduating on time, Steph establishes house rules—rules they both find difficult to obey.

When faced with the realization that she's fallen in love with a soldier, can Steph’s wounds from the past be healed with love in her present . . . and in her future?

She groans and wraps her arms around my neck, pulling me to her until we’re as close as we’ve ever been. For a few fantastic minutes, we’re all tongues and hands and moans, because it’s been a long time since we’ve touched and we’re both a little worked-up. But after a while, our frantic kisses slow to something much more familiar—something warm and soft and real.

We’re both breathless when we pull away. And, now, we can actually see each other’s faces because at some point, in the middle of the most awesome kiss of my life, the electricity came back on. And Bangle joined us on the couch.

I eye the cat warily. “She’s going to claw my eyes out for touching you.”

Steph gives me the sexiest grin I’ve ever seen before lifting her blouse over her head, letting it fall to the floor.

“Then we better make it worth it,” she says.

Soldier On is a wonderful sweet romance that reels you right in.  Steph, well, most of the time I really liked her even with her irrational issues.  There was about a chapter or 2 when I wanted to jerk a knot in her noggin.  She redeems herself as she grows throughout the story and ends up being her best friend, Tessa's rock.  Brandon, a southern gentleman that's a soldier.  Need I say more?  He never gives up when the going gets tough and always has hope.  Tessa, well, I would like to see her Abuela's cookbook myself.  She's fun and the perfect balance to Steph. Soldier On is addictive read I would recommend.
I give Soldier On... 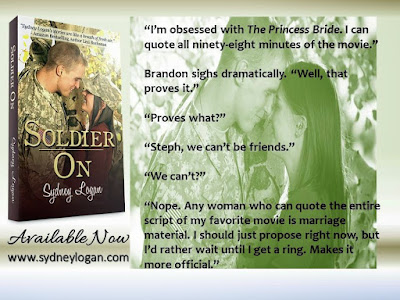 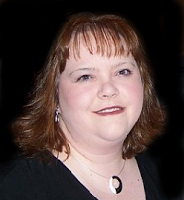 Amazon bestselling author Sydney Logan holds a Master's degree in Elementary Education. She is the author of three novels - Lessons Learned, Mountain Charm, and Soldier On. Sydney has also penned four short stories and is a contributor to Chicken Soup for the Soul.
A native of East Tennessee, Sydney enjoys playing piano and relaxing on her porch with her wonderful husband and their very spoiled cat.