Happy Teen Tuesday!
Today I'm featuring a 2nd book in the series I've been dying for!
I missed it coming out when I was laid up and loopy for a while!
Check out I AM FOREVER by +Wynne Channing
I can't wait to grab it! 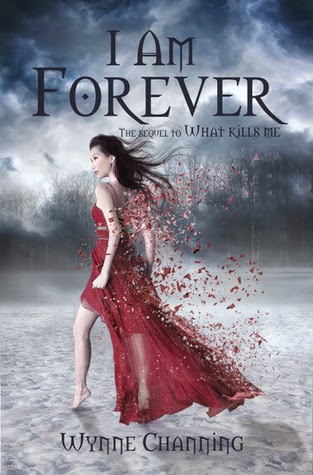 Kindle
Nook
YA Paranormal
Axelia fought an army of vampires and survived. Once fated as the destroyer of the vampire race, she is now welcomed into the immortal empire and revered as a god.
But instead of relishing her victory, she faces a dangerous new world and an empire at war. Axelia is thrust into the position of supreme vampire and caught in the crossfire of battle. To make matters worse, her role alienates Lucas, the one vampire that she trusts.Her choices have brutal consequences and her power spawns evil enemies. And they know how to get to her — by hurting those whom she loves most.

Don't miss the first book in the series!